The Transfixed, the Great Talion, the Maker, the Subtle Teacher

This page may be a Stub or not include some information. For a full article on the topic with citations, please see Vathris at Greyhawkonline.com.

Vathris is a hero-deity of anguish, lost causes, and revenge worshiped by some few in the Bright Desert. His symbol is a black spear.

Today he is much diminished from his previous form, with a grisly torso wound that still oozes black bile, wielding the onyx longspear that killed him. His eyes are empty sockets. Where he once stood for the future, now he only obsesses about the past. He can manifest only once or twice a year, and then he dies again, to reemerge a year later. Needless to say, he has no permanent realm.

The faithful of Vathris do not fear death or suffering, for they believe a Day of Vindication will come when all virtuous martyrs rise again to dwell with the righteous tribes to torment the wicked forever. They believe in keeping the laws of their people and judging carefully when to seek their vengeance.

Vathris is worshipped primarily among the Flan nomads in the Bright Desert. The worshippers of Vathris are split into two factions, a less popular faction worshipping Vathris in his original form and a new, militant sect worshipping him as a god of vengeance who will punish enemies of their people, including monsters, the people of Urnst, and Rary.

The priests of Vathris' Progress aspect attempt to elevate their people above their present primitive status. The warrior priests who serve his other aspect preach vengeance and war. Their favored weapon is the longspear.

Vathris is said to have been a mortal who raised himself to divinity through his own knowledge, wisdom, and deeds. Two thousand years ago, he was a demigod of progress and ingenuity worshiped in the city-state of Itar, which became civilized and sophisticated under the Maker's influence. Vathris died, along with his nation, in a war with the rival state of Sulm. The descendants of the Itari roamed the desert for over a thousand years, worshiping the dead god. He returned to life, sort of, in 562 CY, when thirty-six of his ranking priests enacted a ritual to revive him. 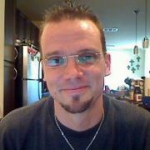