Tomb of the Lizard King

I1: Dwellers of the Forbidden City

I2: Tomb of the Lizard King is an adventure module for 1st Edition AD&D, for a group of 7-9 player characters between levels 5-7.

This module was not originally set in Greyhawk, but was a generic setting, with the county of Eor being unconnected to any setting. It was later adopted into the Greyhawk setting, In 2000 in Living Greyhawk Journal #01, explaining that the County of Eor, near the Hool Marshes, was a land often passed between Keoland and the Yeomanry, and had fallen to lizard folk raiders from the marshes. It was only in 587cy, after the Greyhawk wars, that is was reclaimed as the Viscounty of Nume Eor[1](p.17-18).

This module gave no credits beside author and editor. Harry Quinn is assumed to be the cover artist based on style. and art within bears signatures of Harry Quinn and Jeff Easley. James Holloway is assumed to be another contributing artist, as many unsigned works display his style.

From the front cover:

"If the brigands who are raiding the land of Eor are only brigands, why are merchants so terrified? And what are these rumors that are whispered among frightened villagers — rumors of an old, enormously evil power that lies behind the series of robberies? The Count of Eor wants your party to get to the truth!"

From the back cover:

"The southlands of Eor are being despoiled. Merchants will no longer run their caravans on the main highway past the quiet village of Waycombe. The peasants are fleeing their lands, and all are demanding protection from the powerful Count of Eor. The goodly count has sent a troop of his trusted fighters to exterminate the brigands believed responsible for these outrages, but weeks have passed, and still there is no word from this force.

Now John Brunis, Count of Eor, has turned to you for aiid. After taking counsel with the High Priest of Eor, he believes that a small party of cunning, bold adventurers may succeed where armed might has failed. You find yourselves faced with many mysteries!

Why has robbery suddenly erupted in the peaceful southlands?

How could mere brigands be as powerful as the foes described to you by their numerous victims?

Is this really mere robbery? Or is there some truth to the rumors, told only in hushed whispers, about the beginnings of a hideous plot being hatched by an ancient, vile and evil foe of all mankind?

The answers to these mysteries will be found by only the most brave and cunning in this extremely challenging adventure for characters levels 5-7." 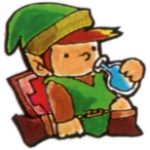